Anti Drug PSA’s and the Strange Effect They had on This Stoner.

Ahhh the wonders of the internet.  You know there was a time in the not so distant past where products had a shelf life.  Something would come out, run its cycle and disappear.  You may see it here and there after its cycle ran its course, but, for the most part, you had to rely on your memory to re-live those feelings of whatever was produced brought you.  There was no YouTube to look it up when you wanted to see it.  No Vimeo to pull up to get a taste of nostalgia.  On the contrary. For the most part, after something ran its course, it would only live on in your memory.

There were some things, however, that were so powerful, they lived on in pop culture.  Take Michael Jackson, ET and The Cosby Show.  All products for a certain time that lived long beyond its “expiration” date.  These products are still among us and elicits just as much emotion now as it did the first time it was presented to the mainstream.  It appears the world was set up for pop culture moments like this in the 80’s and the 90’s and due to the limited number of media outlets most of the public were continuously exposed to these products and these products took on a life of their own.

The Partnership For A Drug Free America

In the late 80’s early 90’s there was a company that did this all too well.  The Partnership for a Drug Free America was a “…creation of marketing and media executives who believed that the persuasive power of advertising would be effective in preventing young people from trying substances.”

They seemed to be everywhere back then, mainly because I was a pre-teen and in their core demographic of viewers and they advertised on the cartoon commercial breaks that used to come on after school, but their messages seemed powerful, especially since I felt they were speaking directly to me.  Also, these campaigns were successful.  According to their site, now Drugfree.org, By the early ‘90s:

“…more than 300 million worth of advertising time and space was being contributed annually to these PSAs. Between 1987 and 1992…the percentage of 12th graders reporting having used ‘any illicit drug’ in the past year fell from 42% to 27% – a decline of 36%.”

Back Down Memory Lane

Well, thanks to the internet, we can watch them whenever we want now, and knowing in retrospect the impact those commercials had, BlazeBags decided to go back and look at them from a future perspective. Do they hold up over time?  Were they really effective or did that 300 million (in 80’s and 90’s dollars) have anything to do with the success of the campaigns?  This is by no means a scientific look at these commercials.  This is just some stoner talk.  From one Stoner to another.

This is Your Brain on Drugs

The OG of anti-drug PSA’s, “This is Your Brain on Drugs,” got the ball rolling on after school cartoon commercials geared at scaring the hell out of kids.  It starts with an “old” man (old to a 10 year old at least) looking scary as hell talkin bout “this the last time!!!” or something like that.  He then proceeds to fry an egg and tell you it will be your brain if you take drugs.  He then asks “any questions?”  It was probably the most powerful 30 seconds of my 10 year old life.  I always asked if he was going to eat the egg.  My brother and sisters got a kick out of it. It kept me away from weed for the next 7 to 8 years.

Does it hold up:  Yes

Often mis-titled as “I Learned it by Watching You,” this PSA was actually entitled, “Like Father Like Son.”  It featured a smart mouthed kid that was getting high as hell in his Dad’s house and pops, probably jonesing, found the kids stash.  Mad as hell that the kid had some weed and he didn’t he starts going off on the kid.  High as hell, the kid finally screams out at pops that he learned how to get high by watching him. I was more scared for the kid that he screamed at his pops than the fact that he got caught with the weed.  I tried screaming on my pops a few weeks after I saw the commercial and got my ass beat.  It was the last time I tried something I saw on TV.  On a side note, none of this would have happened if the kid would have just had a StashBox!  Too bad BlazeBags wasn’t around back then!

Does it hold up:  No

Another company who took the task of fighting drug addiction was Above the Influence.  Formed around 2000 and running until 2014 until it was folded into the organization Partnership for Drug Free Kids, Above the Influence produced the “Flat Girl” spot.  It was a house with friends inside with a guy off camera trying to get a girl named Sarah attention.  She was laid out on the couch and her whole body and face was flat, but she was breathing.  Another girl in the room said Sara wouldn’t answer and has been that way since she started smoking pot.  This was the first PSA to my knowledge that expressly mentioned weed, but by this time I was a pot head and the commercial made me wanna go find whoever sold Sara the shit that had her flat into the couch.  By this time, Snoop Dogg and Dre made it cool to smoke weed, plus I was older, so this commercial seemed like nonsense!  It was really funny when you watched it high!!!

Does it hold up:  No

How did you feel about anti drug PSA’s from back in the day?  Do you remember more then this three?  Do you think they were effective?  Sound off in the comments!! 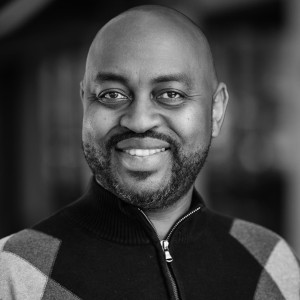 Welcome to the best smell proof community on the net!!

Sign up now and receive a 15% discount off your first order, value packed news and some of the coolest, most innovative smell proof bags and accessories available!

Thank You for signing up!!!

You’re almost done!!! We use a double opt-in system to ensures you actually signed up and that you want to join the community. You will receive an email with a link to confirm your sign up.  After confirmation, you will receive your discount code.  If you don’t find your email shortly, check your promotions or junk folder for a BlazeBags email.